The photos today focus on the runners on the Monrovia Canyon Park trail during the race. 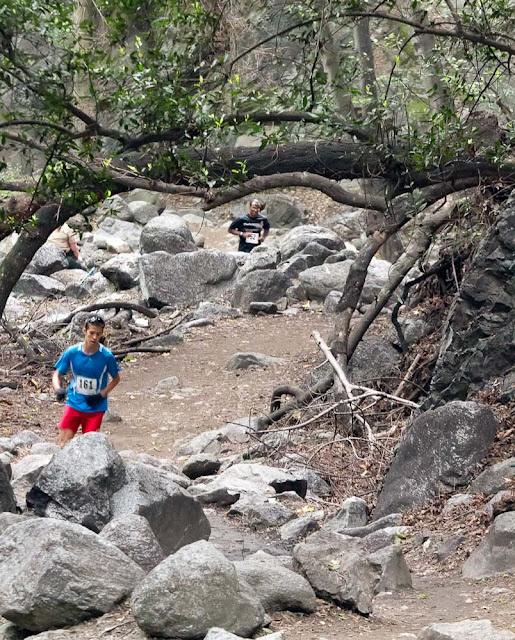 Two of the lead runners getting close to the waterfall. 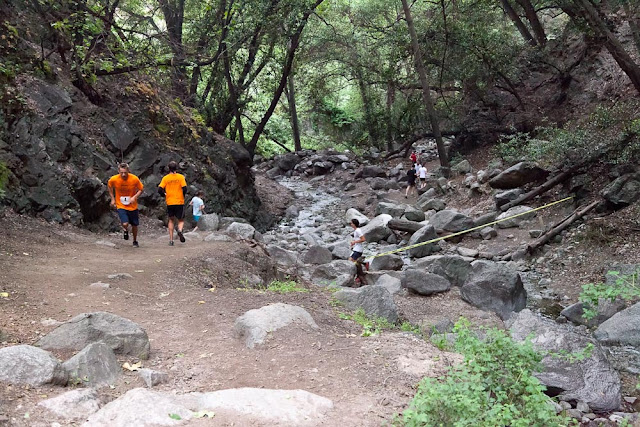 The last hill up to the turnaround.  Starting to get groups of runners at this point in the race. 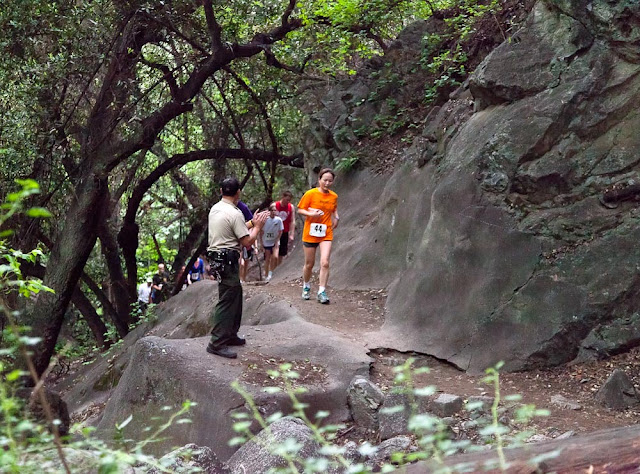 One of the park staff cheering the runners on as they pass by a check dam and approach the Bear Cave area. 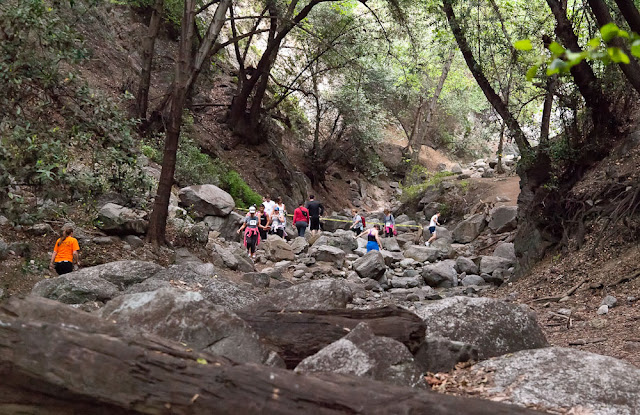 Runners making their way through the rocks.  The trail is along the left side, then cuts across over a stream in the center of the photo.  The waterfall is just up that path on the right. 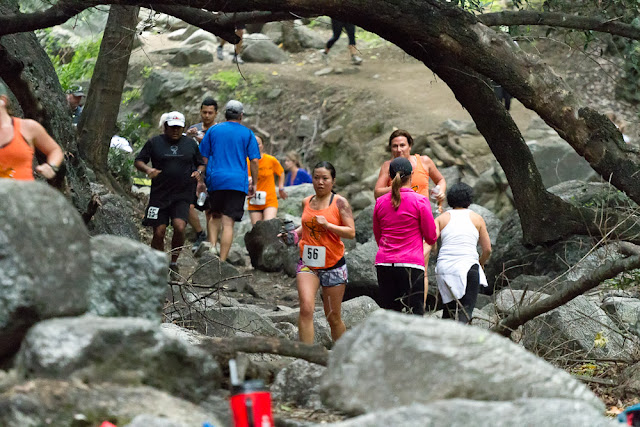 A group of runners heading both up and down the trail. 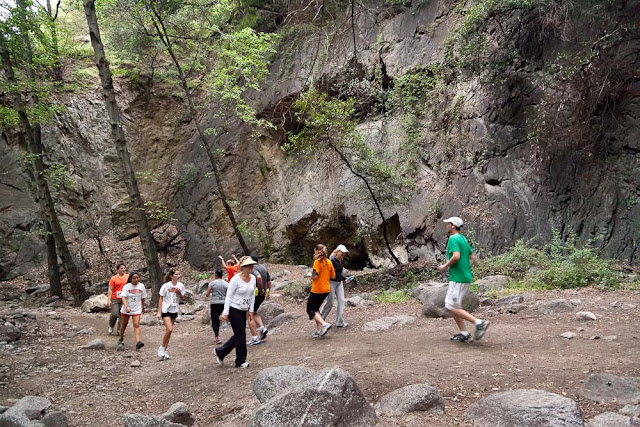 A group of runners passing the Bear Cave.  (Don't worry, it's not really a bear cave).  Local Monrovia Patch editor Nathan McIntire is in the green shirt on the right.