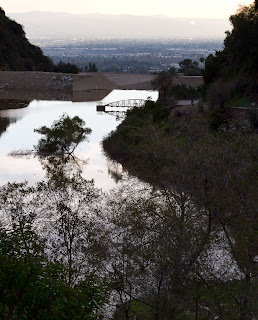 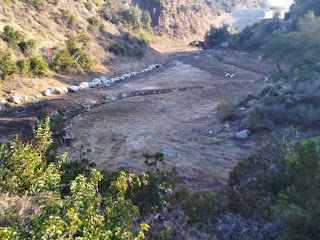 The rain has stopped but the water still flows over the top of the spillway in the distance.
Top:  The debris basin looks just about how it did almost 6 years ago when we had some extended heavy rains in January 2005.
Bottom:  The debris basin empty in November 2009.

Pasadena Adjacent said…
I once saw a turtle in these waters.

btw: have you heard of the Arcadia Woodlands? It's an actual old growth oak forest kept out of public hands by one of the city departments (flood control maybe)?
December 26, 2010 at 11:32 AM