The wind can slow us down but it can't stop us.  The parade goes on, and it looks like people were more than ready.  A big crowd last night. 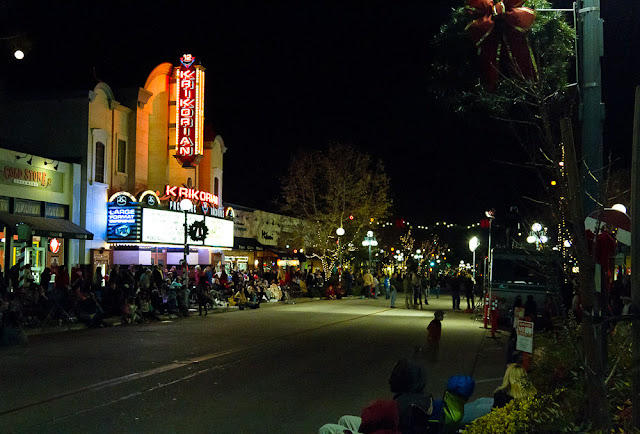 This is just before the start of the parade.  On the right is KGEM, Monrovia's local community television station, set up with extra lighting to record the parade.  The crowd was like this the entire length of the parade. 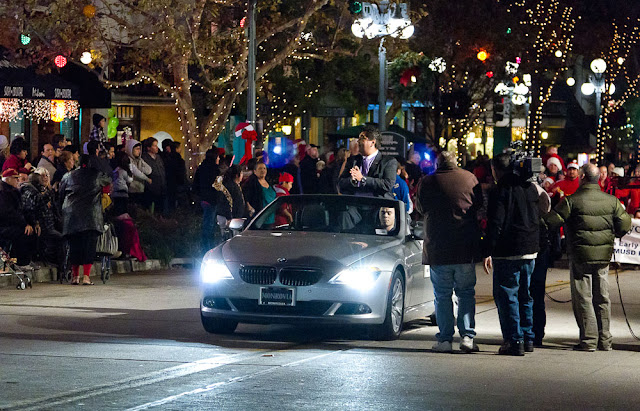 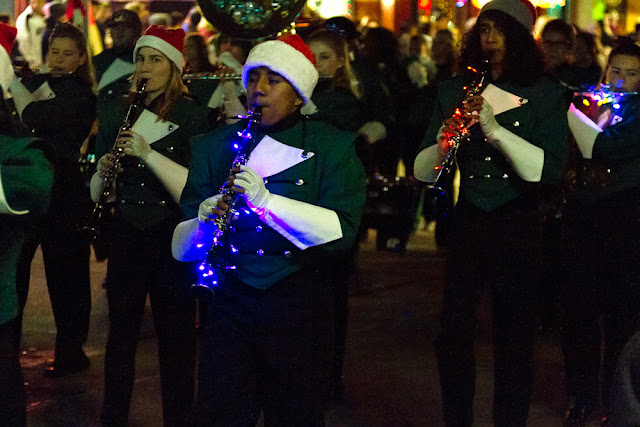 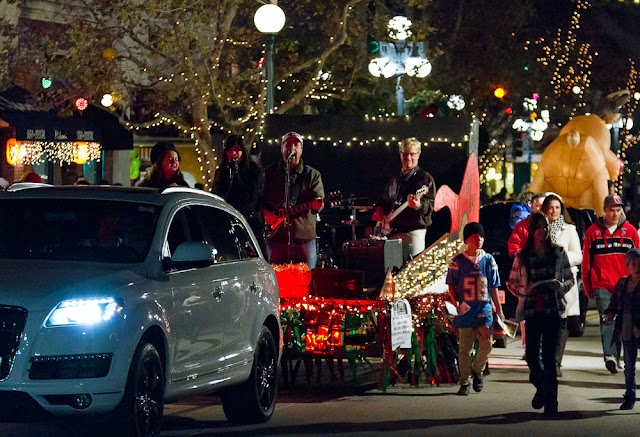 A band of a different type.  A live rock band played their way through Old Town. 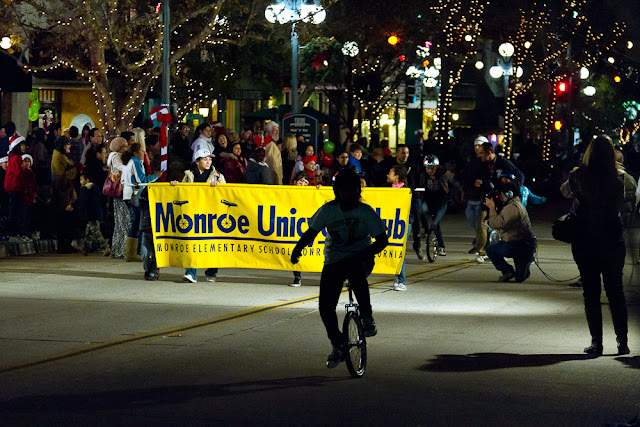