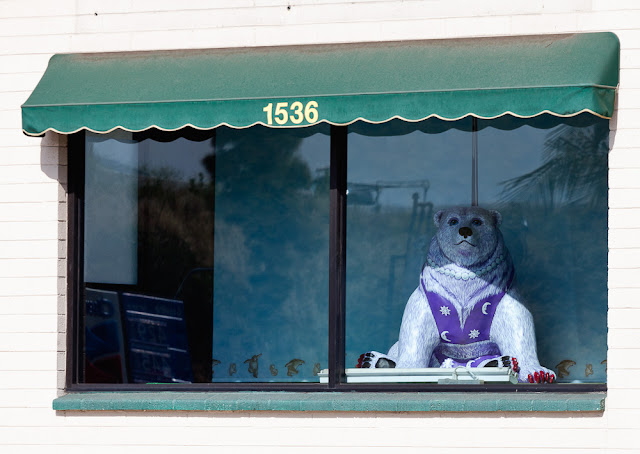 
One of several statues of local celebrity Samson The Hot Tub Bear painted by local artists and set to debut in the May 12th parade celebrating the 125th birthday of the City of Monrovia.  The parade theme this year is "Cruisin' With Samson".  (The date on the city website is incorrect - Thursday is the 12th).

Since I don't think Samson wore pearls, I believe they named this bear "Delilah".

I like the little dancing bears on the bottom of the wall in the background - nice touch.
Email Post
Labels: Animals Info Monrovia Monrovia Day Places Stores