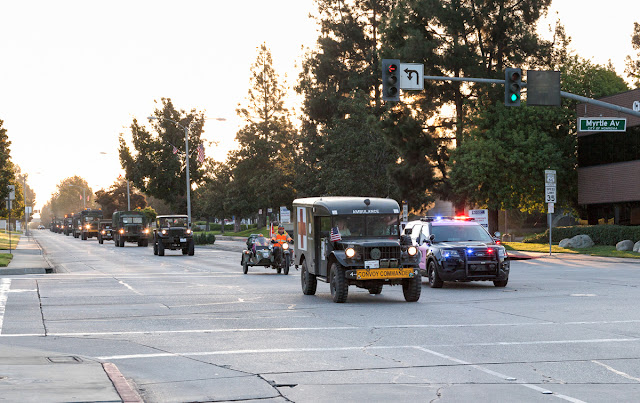 The MVPA Historic Convoys group started this trip near Chicago on September 16th and drove Route 66 all the way to the end point at the Santa Monica Pier. There were too many vehicles to count while taking photos.  Traffic signals broke the convoy up into about 4 groups of several vehicles each group. 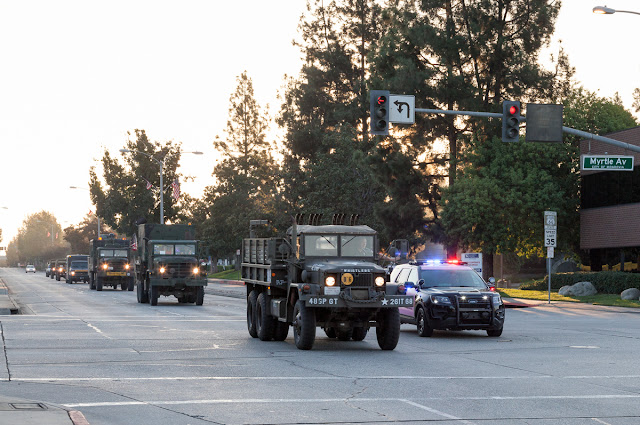 The Monrovia Police were on hand to help keep the intersections safe and clear. 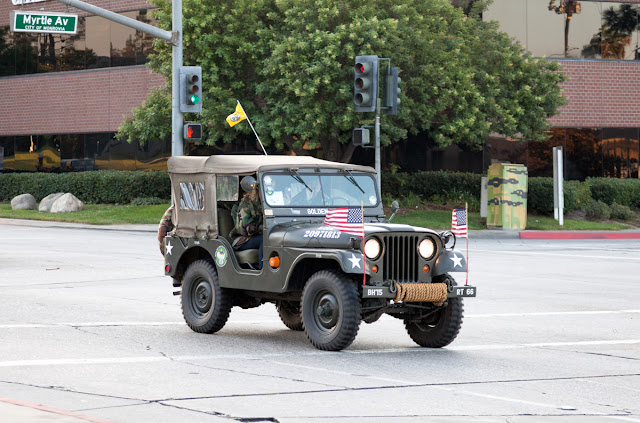 Their calendar listed a short stop at Santa Anita Race Track but they bypassed the track and kept going. Top speed for the convoy was 35 miles per hour. 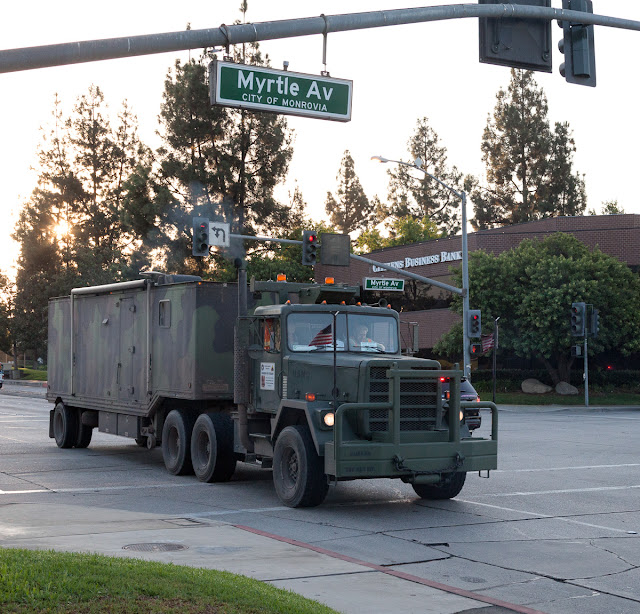 Monrovia was near the end of their trip and they reached the end at Santa Monica yesterday.
The long drive is now complete but the memories will last a lifetime.

66 Productions said…
Not sure why they listed Santa Anita Race Track, but they did have a planned stop in El Sereno on the original alignment of Route 66 (Huntington Drive) and stayed for nearly an hour. Check out https://www.facebook.com/groups/Route66LA/ for some images
October 15, 2017 at 8:05 PM