Festival And Fireworks On The Fourth -2014

Let's begin with the end.

I've photographed the fireworks from front and center previously.  This year, with the family festival going on at the same time, I wanted to get the festival, fireworks and the Gateway to Old Town Monrovia arch in one shot. 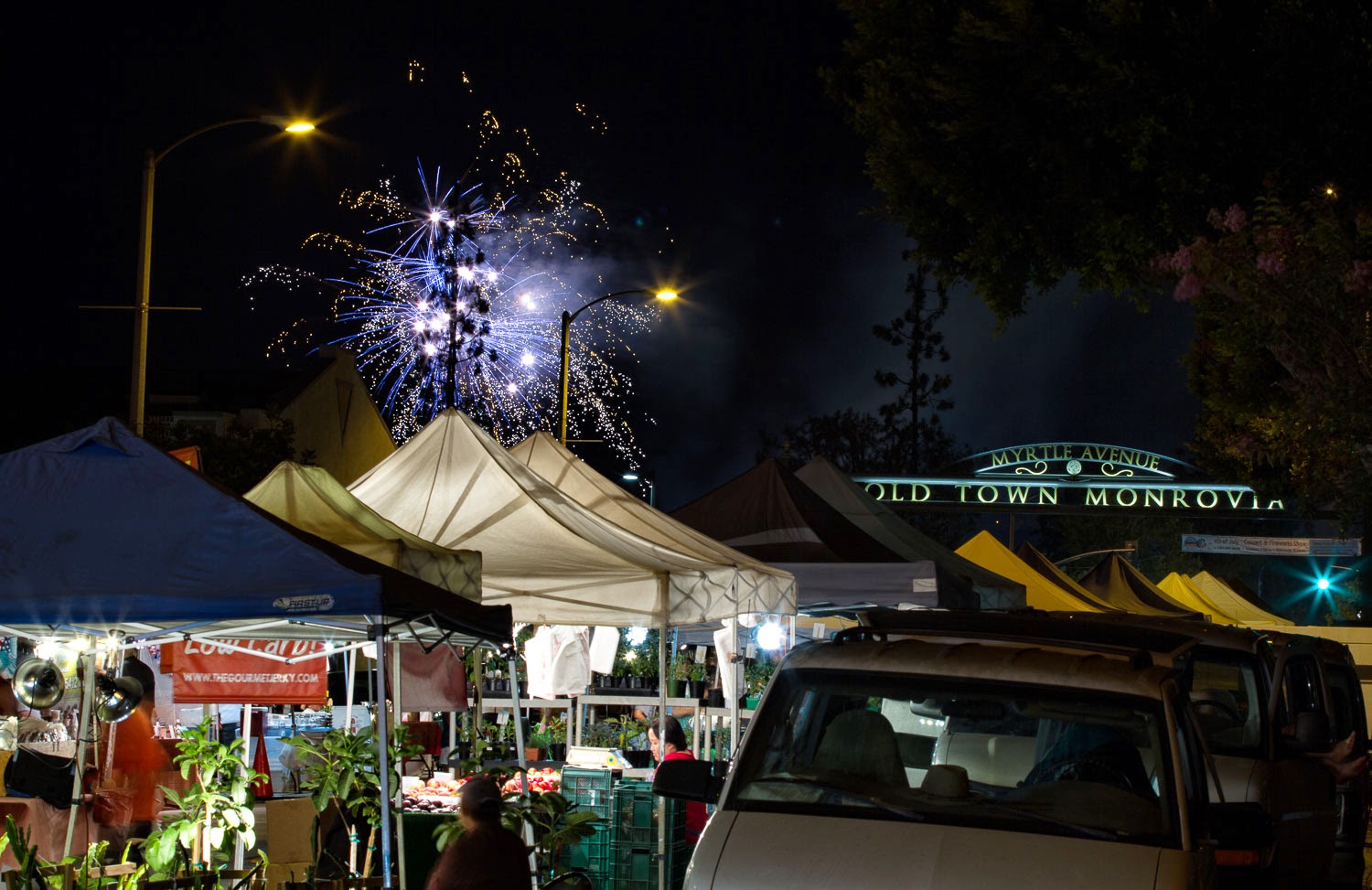 Now, back to the activities leading up to the fireworks.

Below, waiting on the roof of the library to set off the fireworks at 9 pm.
I can't help but think that if something should go wrong, using the roof will seem like a very bad idea. 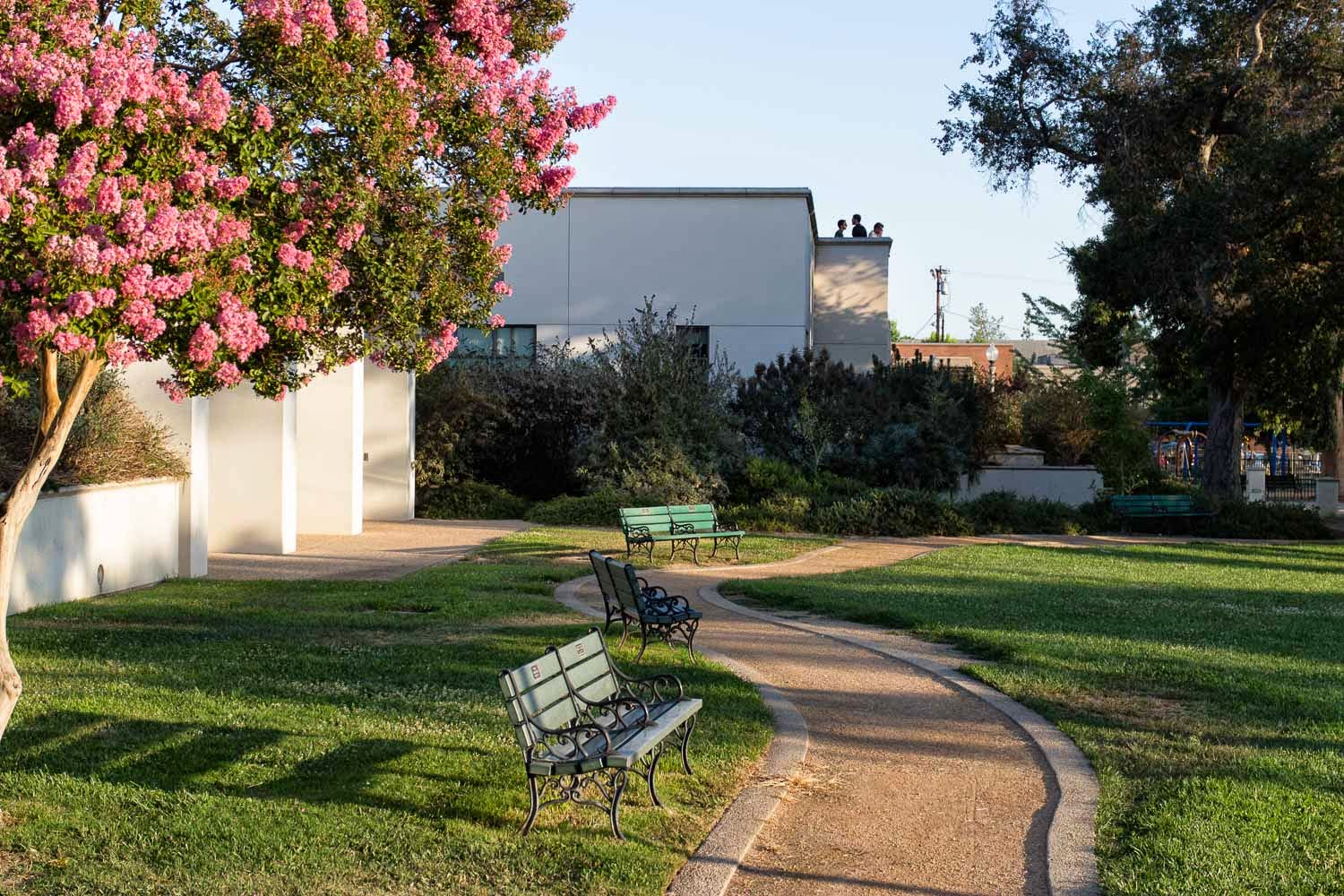 The setting sun is accompanied by the music of Stone Soul. 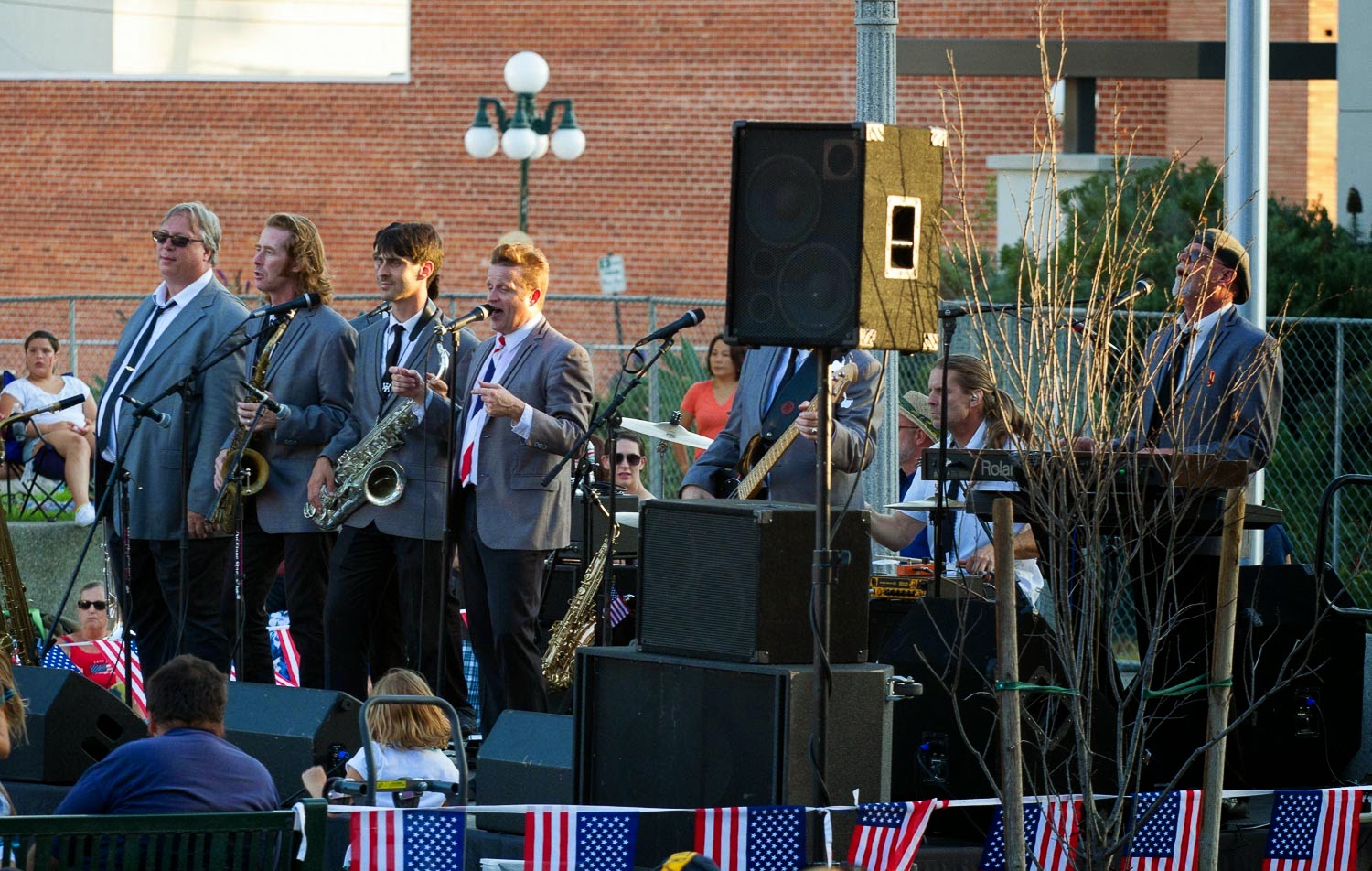 The crowd is growing, already out onto Myrtle Ave. 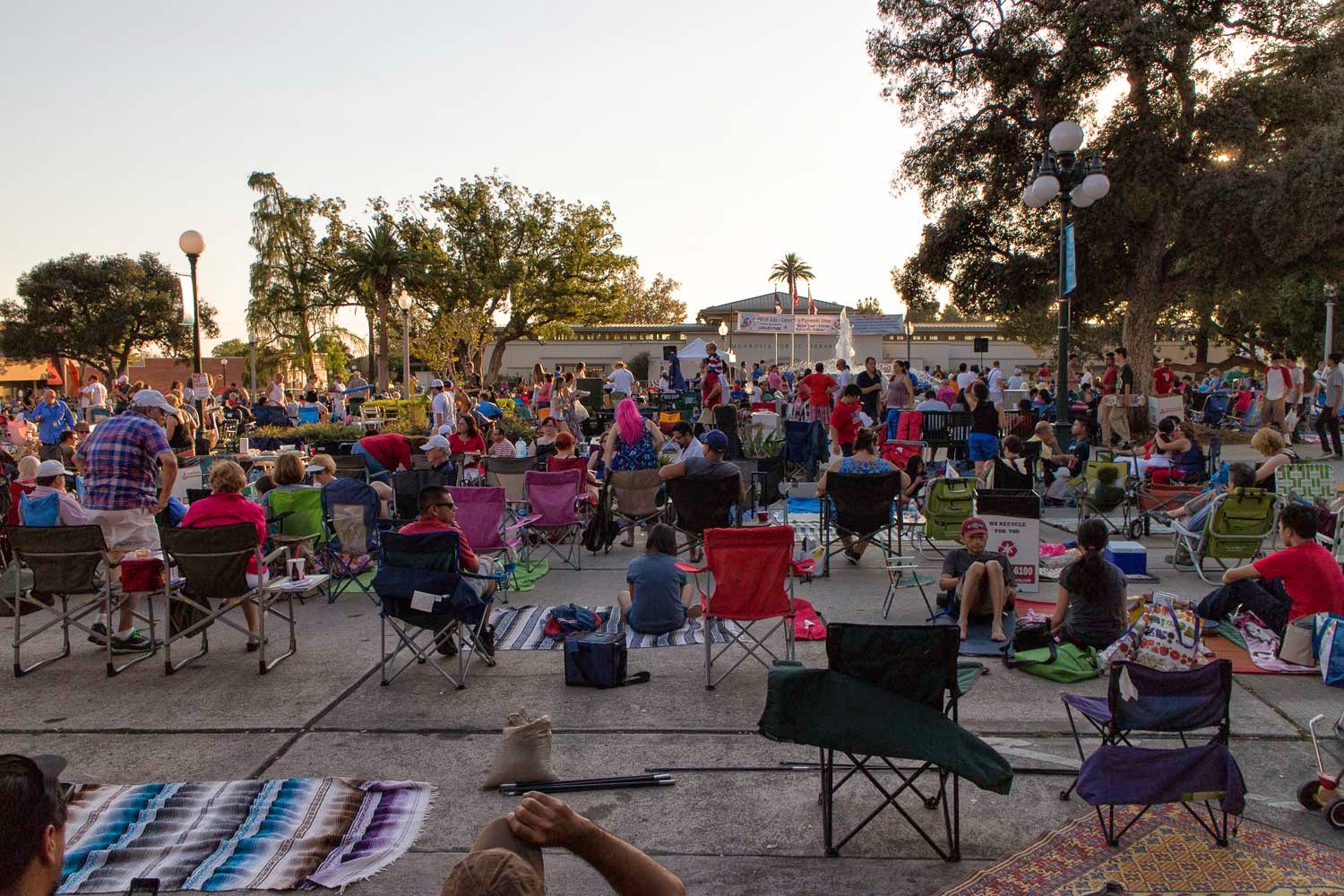 Further south at Olive Ave., another very good band is playing as part of the family festival. 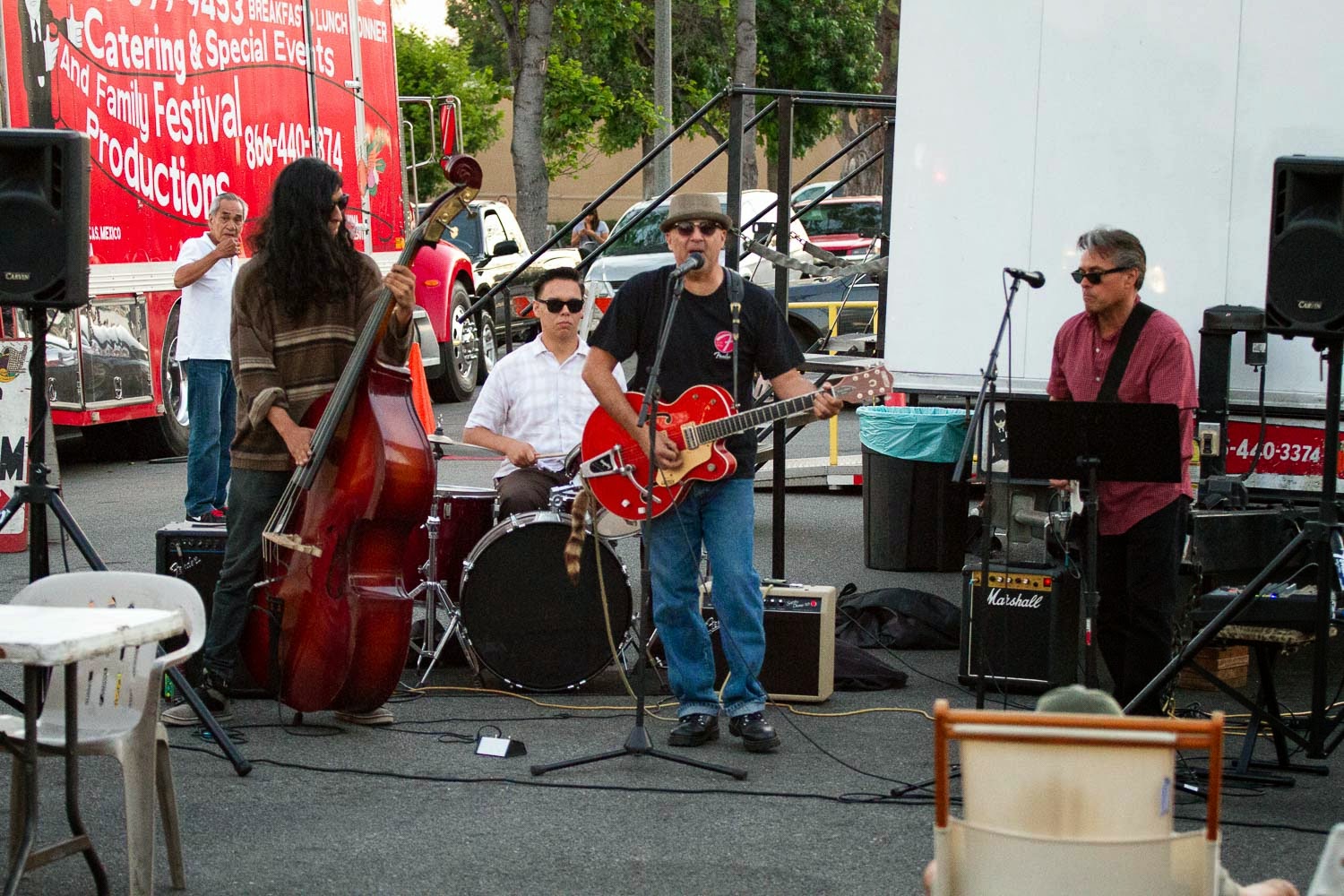 Nothing like the sound of a Gretsch guitar by someone who can play.  This guy can play.  Wish I had the name of the band. 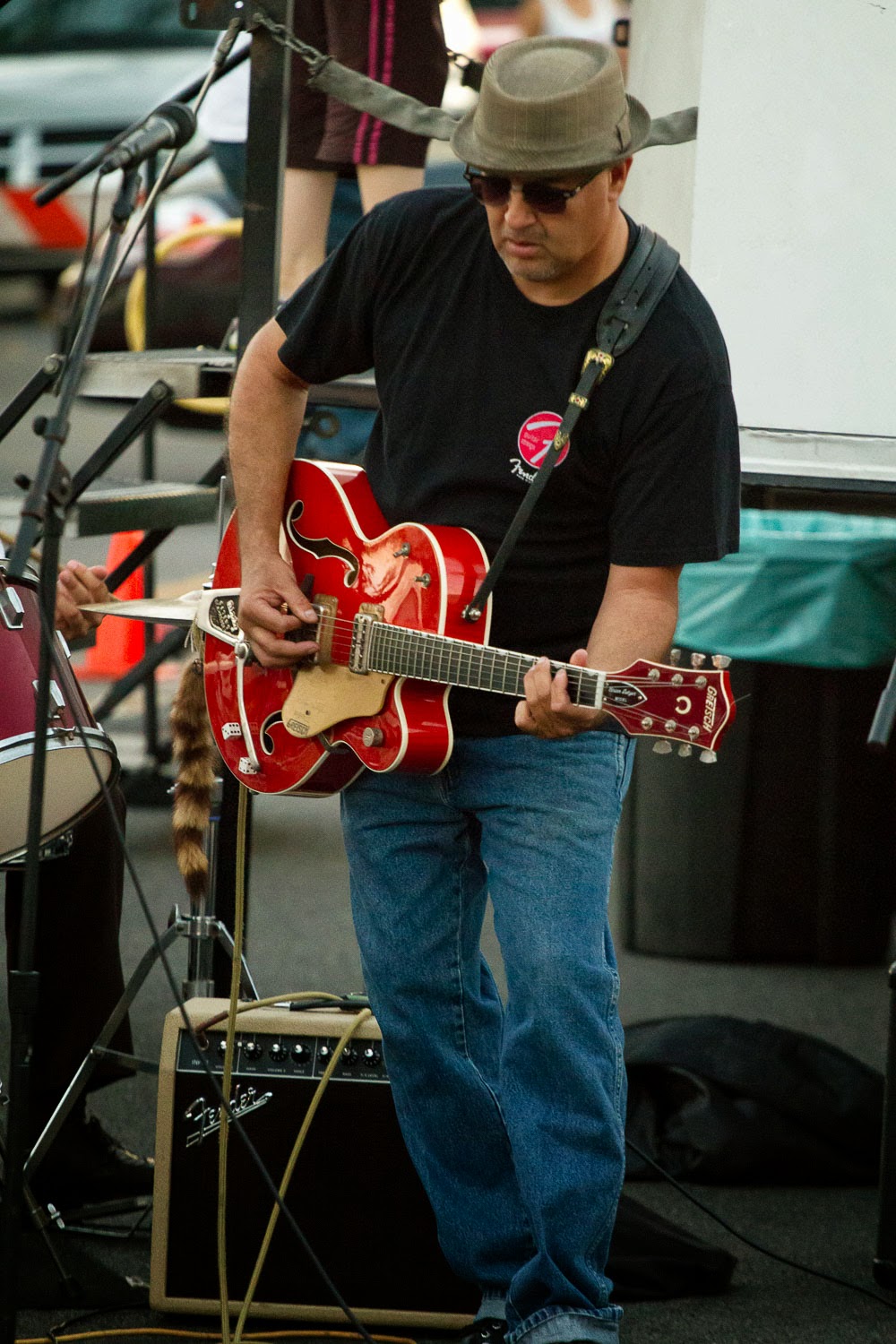 Stayed here to listen to the band until just before 9 pm.  The shot at the top of the post was taken from another couple of blocks south.