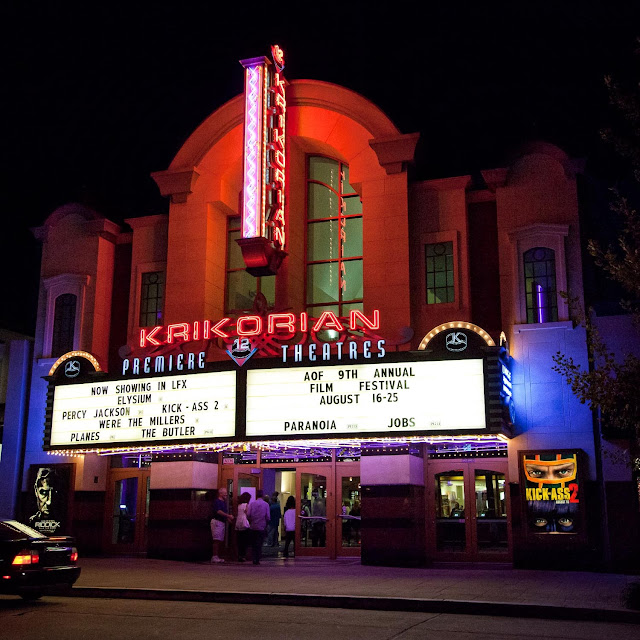 The 9th annual film festival began yesterday (8/16) and runs through next Saturday (8/24*).  The film festival features a wide range of films, seminars and other activities.  This is the 2nd year the festival has been held in Monrovia.

The festival kicked off yesterday with the showing of a series of short films made at local community television station KGEM.  Tonight (8/17) is the big premiere of "In Time".  "In Time" is a film about and starring The Delgado Brothers, produced by Joey Delgado and directed by Lance Mungia, Executive Director of KGEM.

If you missed the showing of the Delgado Brothers film, you can still see them play a live, free concert tomorrow night (8/18) at Monrovia's Library Park.  The concert runs from 7pm to 8:30pm.

Live or on film, you don't want to miss the Delgado Brothers.

The AOF website with all the schedules and details about the film festival.


*I realize the marquee says through the 25th, but everything else says the 24th, so that's what I'm going with.