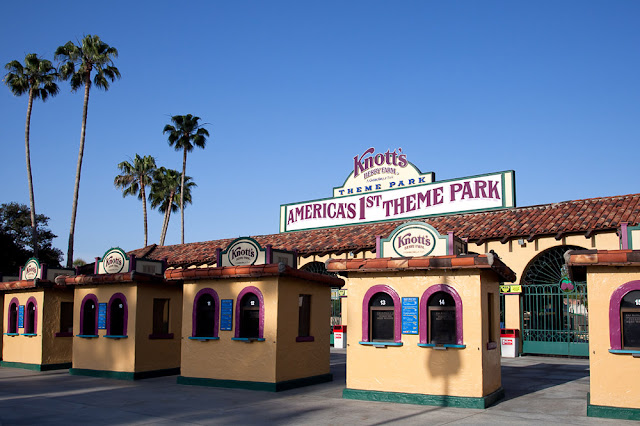 In honor of the 50th birthday of the Calico Mine Ride at Knott's Berry Farm tomorrow (November 22nd), this seemed like a great time to take another road trip.  We'll start here at the main entrance where the sign proudly proclaims that this is America's 1st Theme Park.

Now that we're inside, let's take a look around.  Those of you that may have gone to Knott's years ago but haven't been back in a while may be surprised to see that the "theme" part of the theme park has taken a bit of a hit. 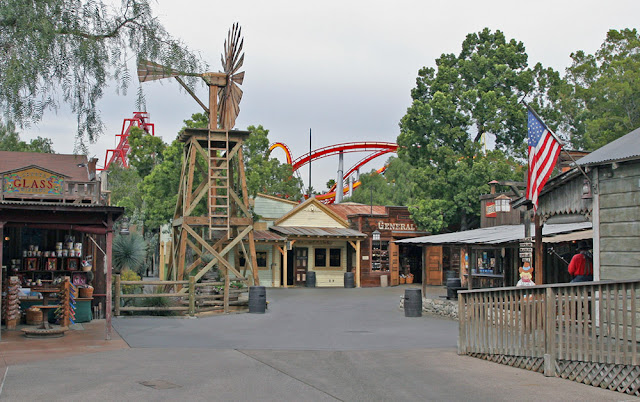 You can see above that the illusion of the old west is broken by the roller coaster in the background.  The lack of available space to expand leaves Knott's with few options.  Thrill rides sell tickets but the ghost town is the heart and soul of the park.  That's where it all started and the people at Knott's have shown a lot of care in maintaining the ghost town area recently.

Here are a couple images from the Ghost Town section: 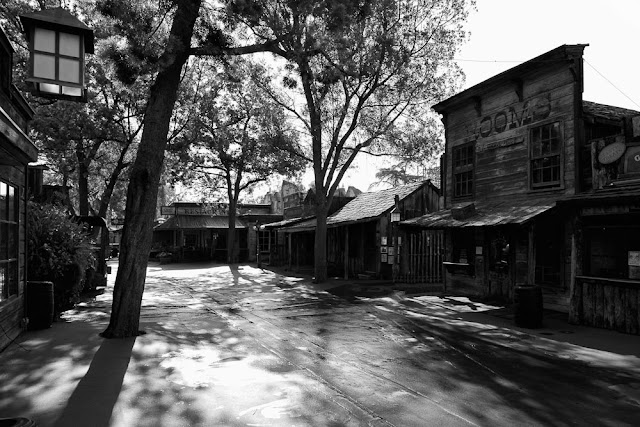 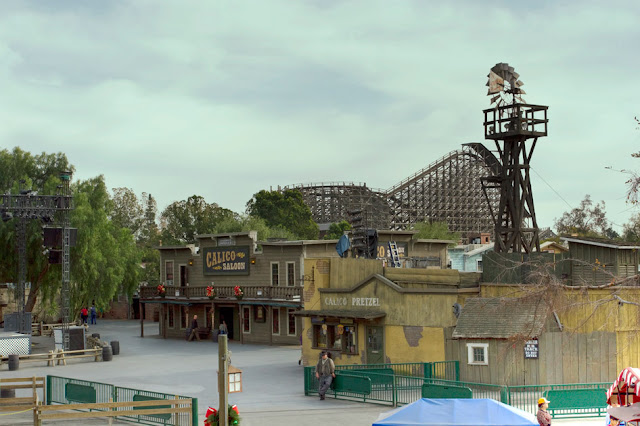 Now, as I said, tomorrow is the 50th birthday of the great Calico Mine Ride. 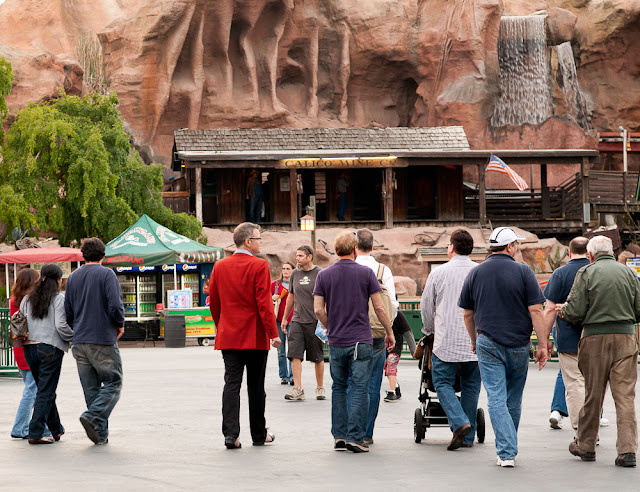 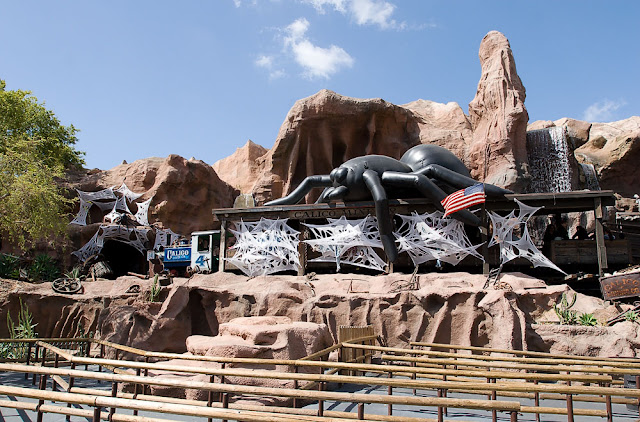 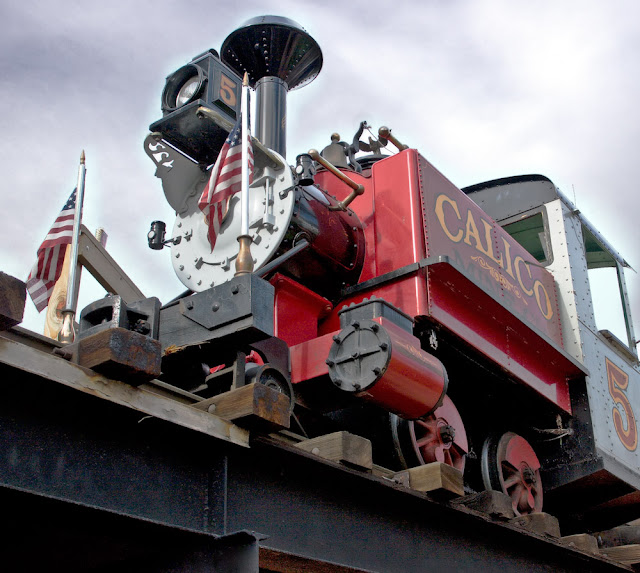 The top photo is a partial view of the mine ride.  The second photo shows the ride decorated for Halloween Haunt.  The third photo is of one of the Calico Mining engines.  The fourth photo is a panoramic view of the front of the Mine Train ride.

*Bonus points if anyone can identify the gentleman in the red jacket in the top photo.

Knott's has many other rides both classic and modern: 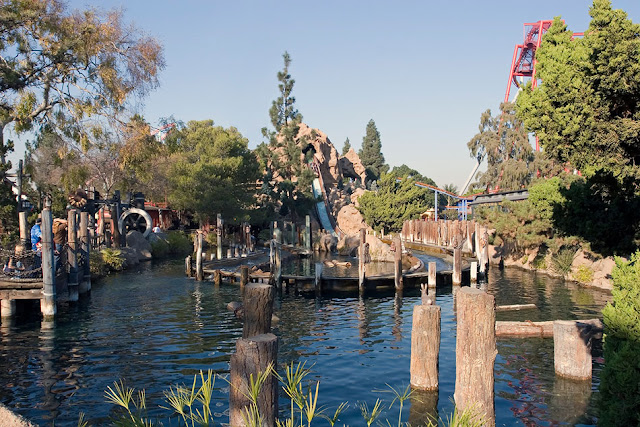 The other great, classic ride at Knott's is the log ride.  Opened in July 1969. 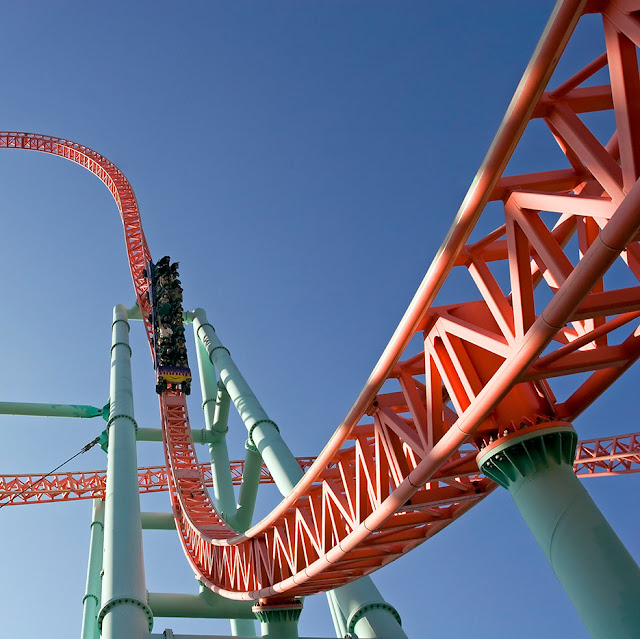 One of the more modern rides at the park is the Xcelerator roller coaster. 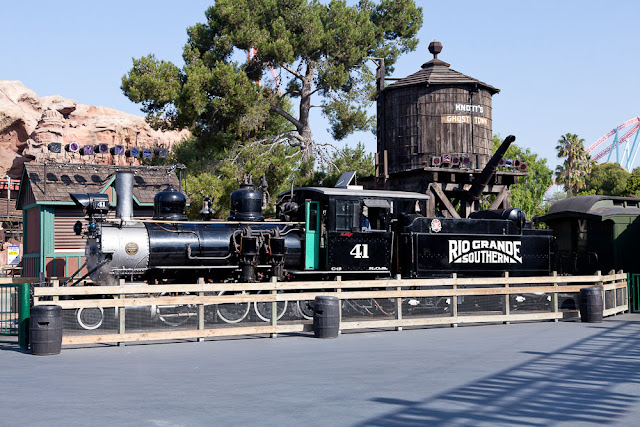 Two of the more popular times of year at the park are Halloween and Christmas.  At Halloween, the park is transformed at night into Knott's Scary Farm with monsters, mazes, shows and scary additions to theming and select rides. 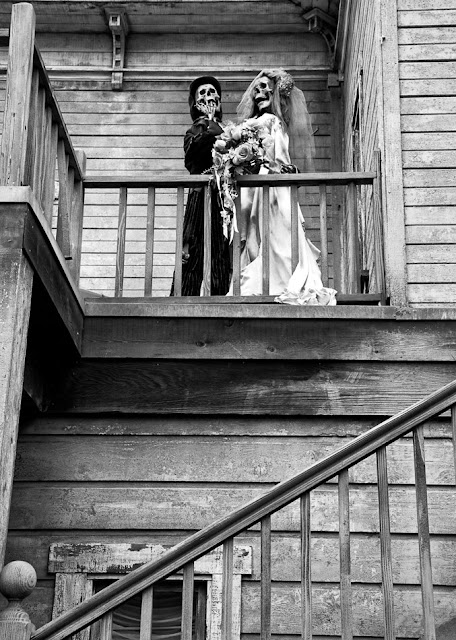 For Christmas, decorations and holiday lighting are added along with new shows and a Christmas Crafts Fair. 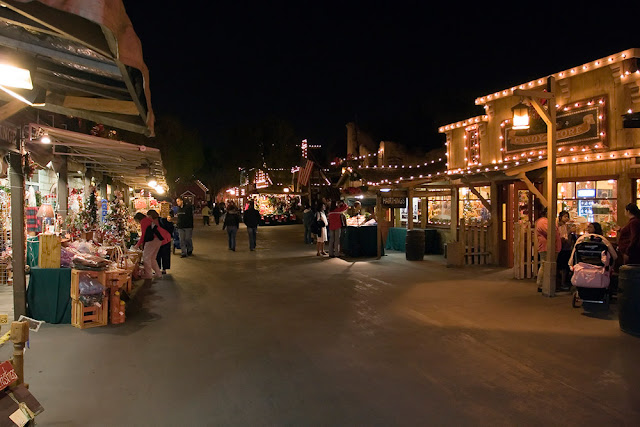 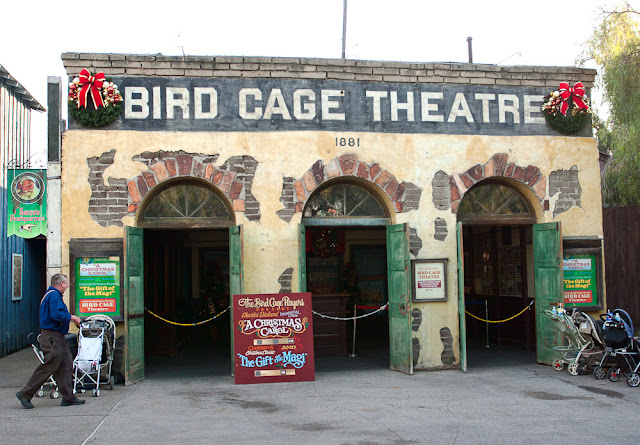 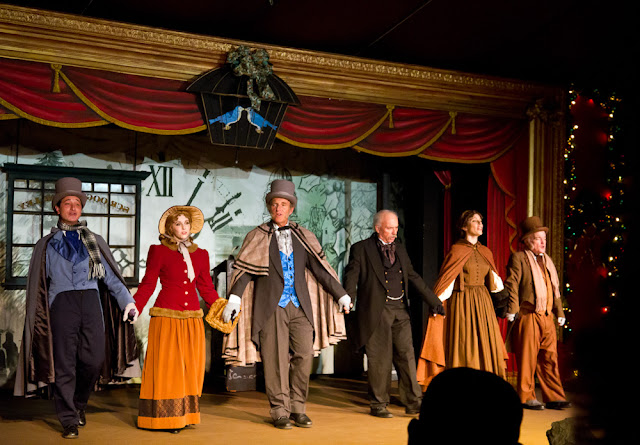 I've seen both shows shown on the sign above and they were really very good.  Makes me wish shows were a regular, year round attraction in the theatre.  Steve Martin performed here very early in his career.

Knott's even provides an impressive free attraction across the street - an exact replica of Independence Hall, complete with Liberty Bell. 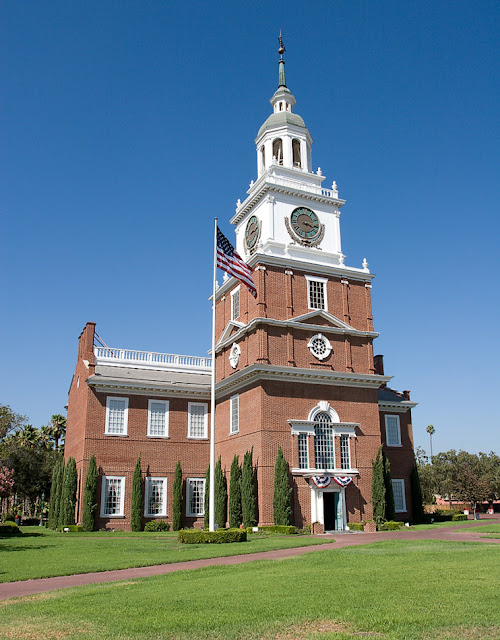 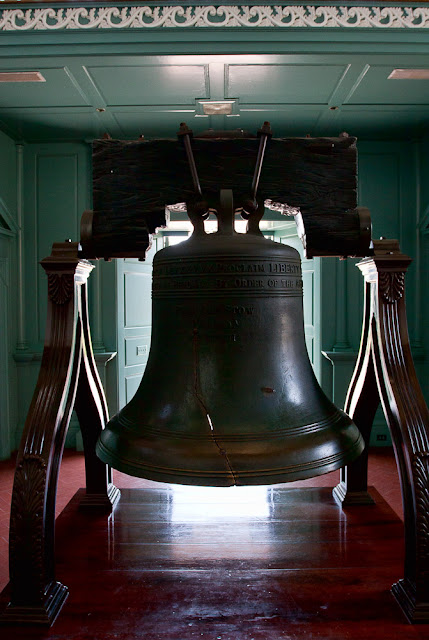 Replica of the Liberty Bell.

For more on the history of the park, I highly recommend the book Knott's Preserved: From Boysenberry to Theme Park, the History of Knott's Berry Farm

by Christopher Merritt and J. Eric Lynxwiler.  There is also a companion website.

Mileage from Monrovia, Ca:  About 34 miles.
Travel time:  About 45 minutes, depending on traffic.
3 hours of free parking is available for dining, shopping or a short visit into the park.
Season passes are available for the remainder of this year and all of 2011 for $59.99.  Parking extra.
Knott's Berry Farm group on Flickr - lots of current and historical photos of the park.  I started the group and am a moderator.  Stop by and have a look.  Better yet, join the group and share your photos and comments.
The official Knott's Berry Farm website.

Keith said…
Tapirgal: Thanks! The annual trips with my family just before school started again in the fall are the eyes I will probably always see Knott's through.

Chris: This is an honor. Great book and that was a great day at Knott's. Just doing this small post gave me a much deeper appreciation for what it must have been like to put a whole book together. Again, great job and thank you.
November 22, 2010 at 2:23 PM