Lieutenant Colonel Allensworth will be honored with the unveiling of a public art piece on Saturday, March 10 in the first of the Neighborhood Treasures block parties developed by the Monrovia Area Partnership (MAP) program.

In 1908, the town of Allensworth, named after Lieutenant Colonel Allensworth, was the first town in California to the founded, financed, and governed by African Americans.
The town became a 240-acre State Historic Park in 1974.

With the posts about the upcoming event, it made me curious to find out more.  Since he had a town named after him, which then became a state historic park, I decided to take a little road trip and bring back a few photos from this time in his life. 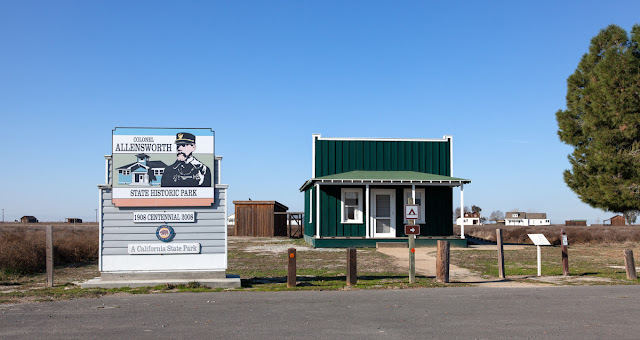 The entrance sign and Johnson's Bakery to the right. 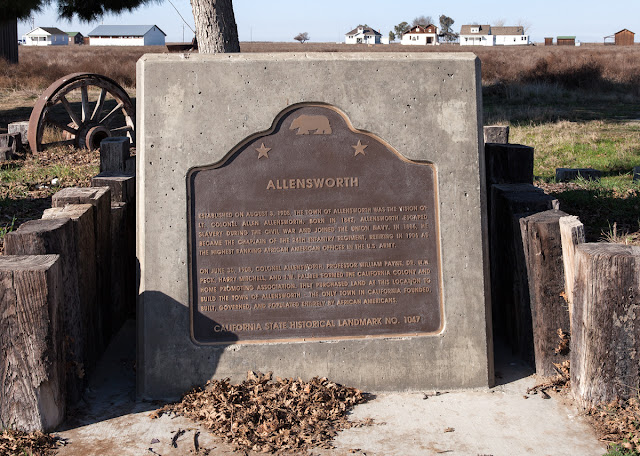 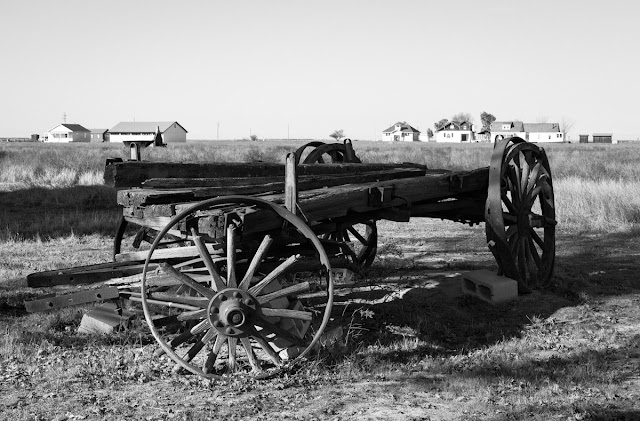 Old wagon near the entrance. 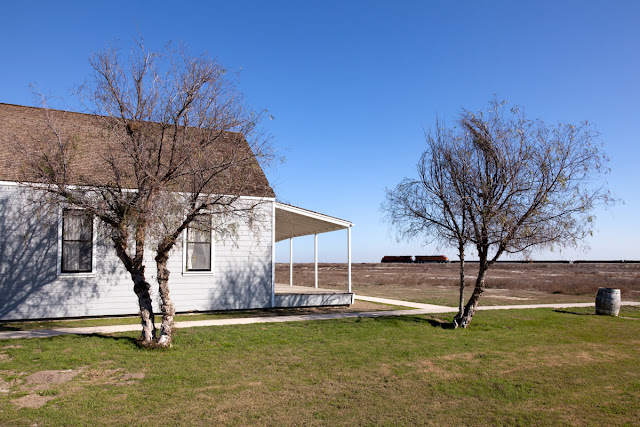 The Allensworth Hotel.  A train passes by in the distance on the eastern perimeter of the park. 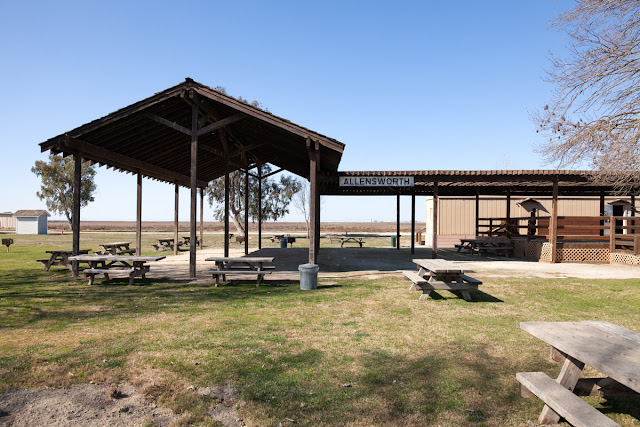 Covered picnic area next to the visitor center. 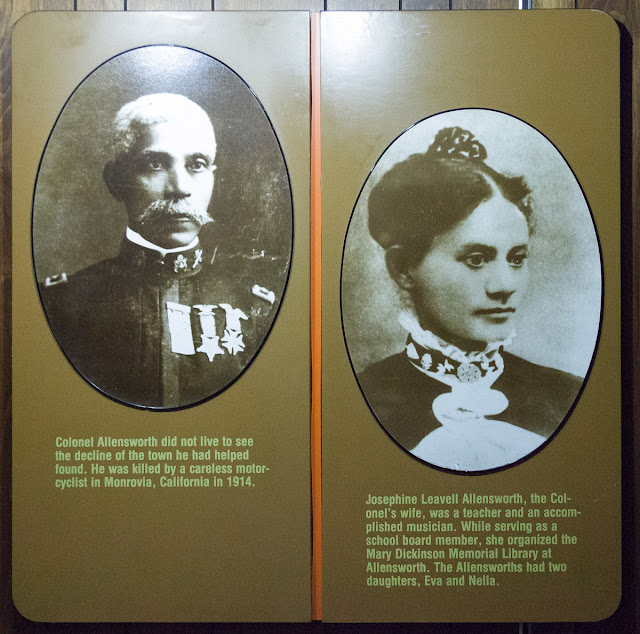 Photos of Colonel and Josephine Allensworth inside the visitor center. 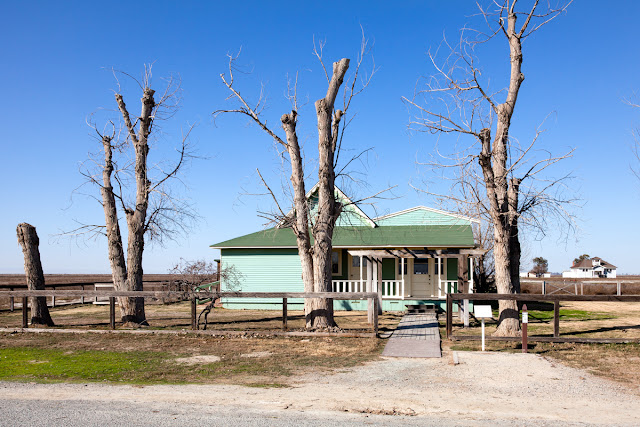 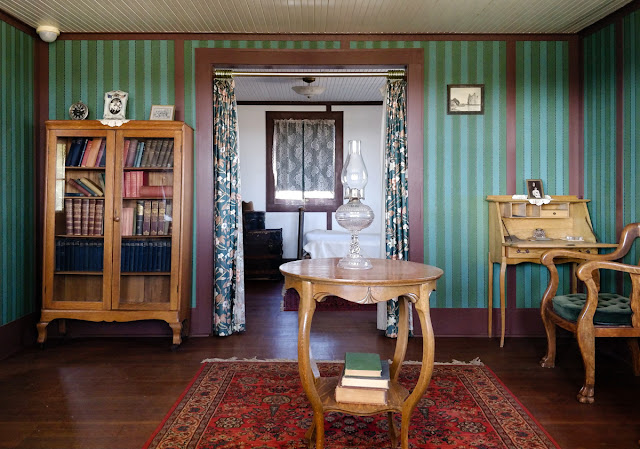 Looking through the front window of the Allensworth home. 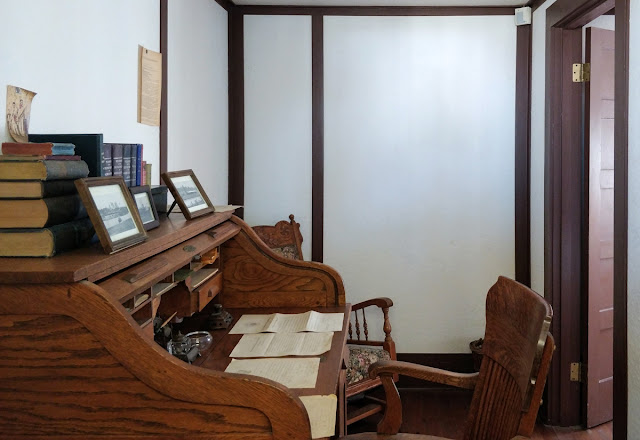 Desk inside the Allensworth home. 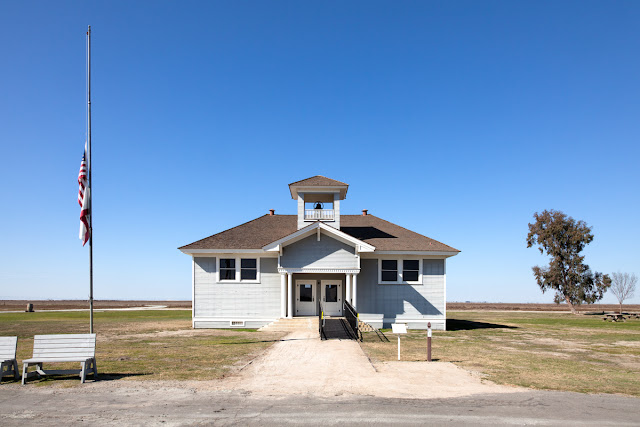 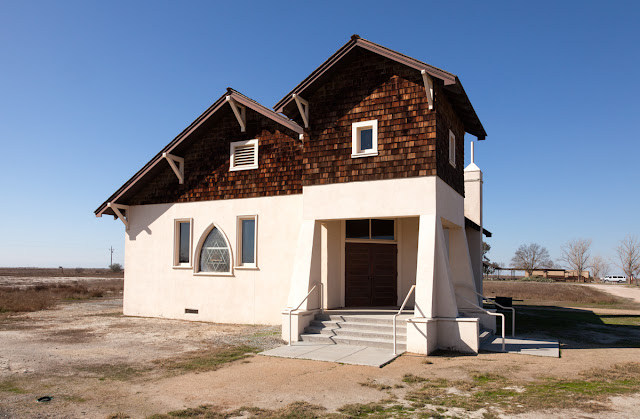 Colonel Allensworth was the first pastor of the Second Baptist Church here in Monrovia where the event will be held on March 10th. 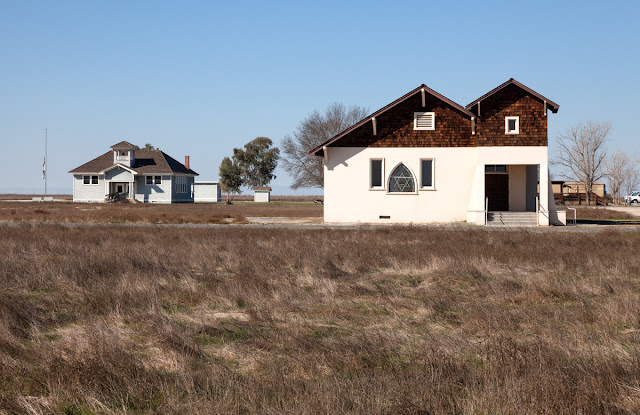 First Baptist Church on the right, Allensworth Elementary School on the left.

Many of the buildings in town have been extensively restored.  Some had been torn down years ago and completely rebuilt after becoming a state park.

There's even a campground at the park.  The Mary Dickinson Memorial Library is the building on the far right.

-The public art piece to be unveiled March 10 at the MAP Block Party was designed by Monrovian Ron Husband.  Add'l background here.