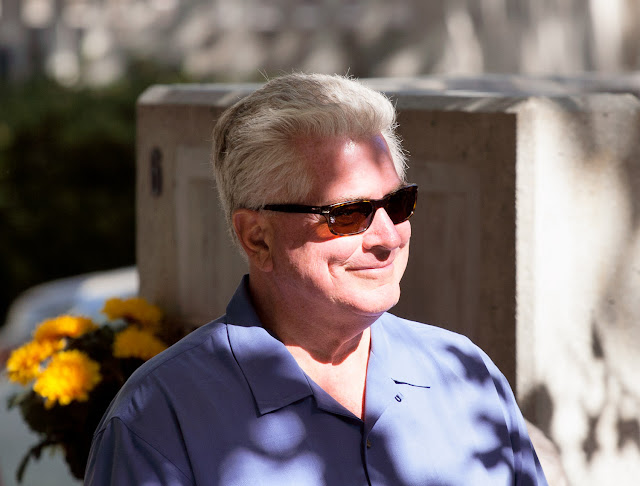 I never got the chance to photograph Mr. Howser in Monrovia.  The above photo was taken when he became the honorary mayor of Sierra Madre back in 2007.

Huell Howser made a couple of shows about the people and places of Monrovia.
The first was a visit to the Aztec Hotel on Foothill Blvd.  Thanks to Huell and Chapman University, the episode can be viewed anytime at the following link:  http://blogs.chapman.edu/huell-howser-archives/2006/01/09/aztecwigwam-californias-gold-8002/

Things have changed at the Aztec since the episode was filmed.  The hotel has a new owner and a new restaurant is about to open inside.

The second episode filmed in Monrovia was about The Whistling Diva - Carole Anne Kaufman - and the Wizard of Bras store.  This episode has been available on Youtube: